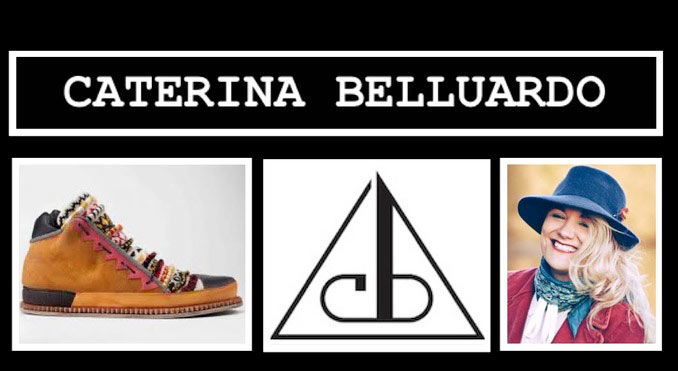 Caterina Belluardo is a contemporary shoe designer with the ability to bring her inspiring vision to life in the form of her bright, flamboyant, shoe designs.

Her bright and heavily textured shoe designs are inventive and unique, which she believes is the key to her success. She has been nominated for a variety of awards including the famous Manolo Blahnik Design Competition and the ‘Who’s Next’ award in Paris. Sicilian-born and now based in London, Caterina works with traditional and classic forms of shoe designs, combining them with unconventional materials.

Caterina knew from an early age that she was destined to work within the creative world of fashion. Her influences range from contemporary furniture movements, lifestyle and art which served her well whilst studying at the Royal College of Art, where she perfected her talents. As well as recently launching her own label, she also launched her unisex footwear range. Alongside creating her designs, Caterina lectures in a variety of private schools around London in order to inspire new students about the craft of shoe design. 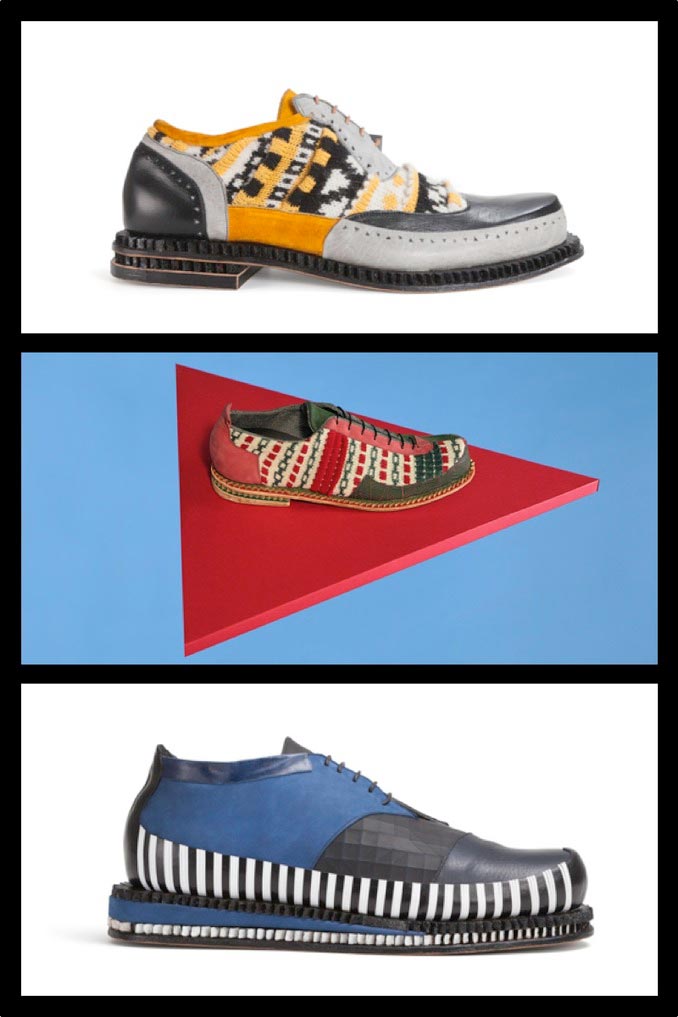 Here at Fashion Insiders, we had the chance to speak to Caterina about her progress and how she managed to create her own brand:

Tell me about yourself – what are your history and background?

I grew up in Modica, a beautiful baroque town in the south of Sicily with my large family. I moved to Rome at the age of 18, where I lived for 6 to 7 years. I studied Set Design and Art History at the Academy of Fine Arts and graduated in 2005. I then moved back to Sicily for 9 months to spend time with my family; however, I felt that I needed to have an experience abroad and expand my horizons. I came to London for 4 months to attend a variety of short courses at the London College of Fashion but in fact, never left and kept studying. I attended the last ABC one year diploma in Footwear in 2009. I graduated from the prestigious Royal College of Art, I am now a Master in Menswear Fashion, specialising in footwear.

What made you want to be a footwear designer?

I have always been a collector of unique and inspirational shoes, shoes with character, you could say. Until someone told me – you always wear very cool shoes, have you ever thought of a career in shoemaking? – and lightning stroke through my spine, how have I never thought about this before? And from then on it became my mission.

You have received awards – what are they for?

During my Master’s degree at the RCA, I pushed myself and my boundaries. During my first year I was awarded by the panel of the Montague Burton design project. Then I was luckily picked as a finalist for the Manolo Blahnik Design Competition by the man himself, and finally, I won the Intel Project, where we were briefed to design a case for the new range of Ultrabooks.

The year after I had created my graduate collection I received two great accomplishments – the first was been selected for the Arts Thread Who’s Next à Paris to showcase in Paris, where I received fantastic feedback from international buyers. Secondly, I was selected to be part of the excellent Camper Son Fortesa Summer Workshop in Mallorca, where I worked alongside Camper creatives to produce a mini collection for their ‘zapatoteca’. It was a real treat and a once in a lifetime experience!

You’ve got a business partner; how did you find each other?

With the feedback I received from my mentors during those competitions I decided to become my own boss. I started to look everywhere for funding; it was hard and being turned away was at times demotivating – until a good friend of mine introduced me to Dale Gatehouse. I presented myself and my vision to her and very soon after she invited me out for coffee and told me she would like to invest in my project. There are no words to describe how I felt. It is great having someone who believes in you.

Now I am the Founder and Creative Director of Caterina Belluardo Ltd and Dale is the Director and CEO. 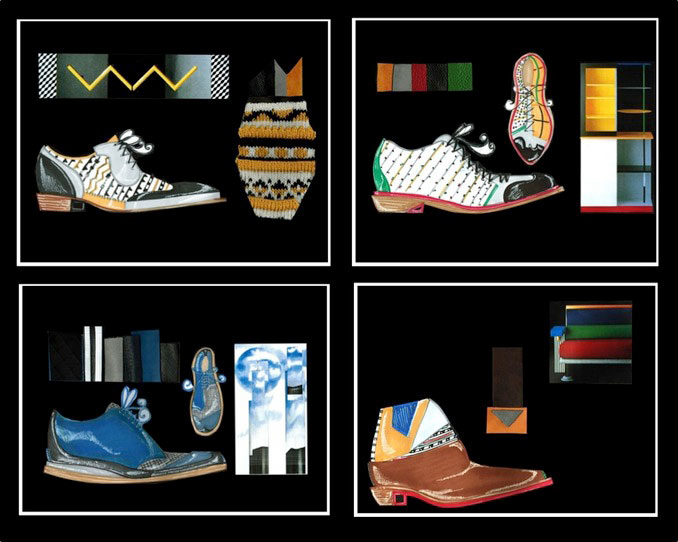 Was it a slow process?

It was long and painful, but I never gave up.

On your website, it lists that you are a lecturer. What do you do and at which universities?

I teach basic shoemaking techniques to shoe lovers and beginners in a couple of private schools in London. I like the idea of contributing to keep the craft alive.

What do you enjoy most about your work?

I enjoy the creative process but seeing the final prototypes is kind of magic.

Did you always want to be a designer?

I have always wanted to be part of the creative world, and I like to believe I had a flair for finding good outfits and good shoes since I was quite young.

Is your work time-consuming?

Of course, it is, mentally and physically, but it’s part of the game.

What has been your biggest challenge?

It still is, dealing with factories and coordinating everything making sure there is no fault in the communication in order to meet deadlines. When it is out of your hands you can only hope for the best! 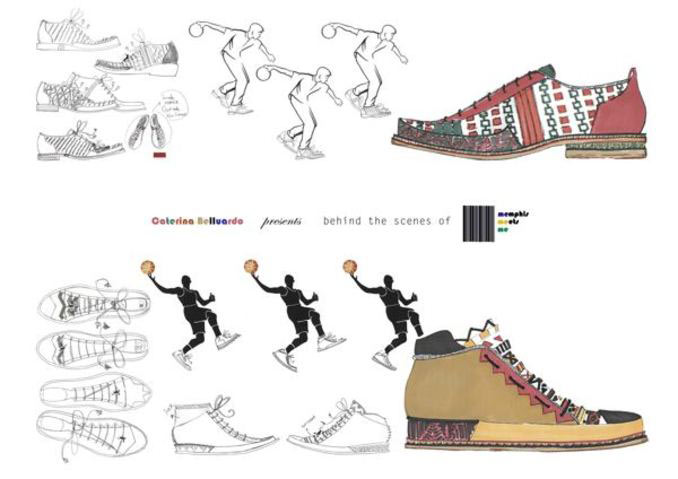 What has been your favourite project?

Definitely, the one I am working on right now. I am launching the very first range of Unisex Footwear Handcrafted in London under my very own label and that is very very exciting.

Have you had any collaborations?

Collaborations are the key to a successful outcome of a project. Being a creative director you need to have fresh eyes to look at your work in order to improve it.

For my graduate collection, I collaborated with two fellow MAs (RCA) – Carlo Volpi, who made the knits for my collection, and Emma Sheldon, who curated the coatings and cutouts crafted on some of the leather and nubuck I used.

What is planned for you in the future?

To start I am showcasing at London Collection Men in June which is a great honor. Then we will showcase in White Show Milano soon after, and then Micam Shanghai at the beginning of September.

I really want Caterina Belluardo Ltd to become a sort of umbrella for creatives of all sorts, giving them the possibility to showcase their skills maintaining their own identity as designers.

What advice would you suggest for start-up companies or footwear designers?

As my lovely mum told me since I was a little girl: ‘Never Give Up.’ 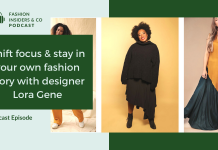 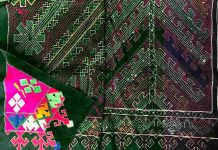