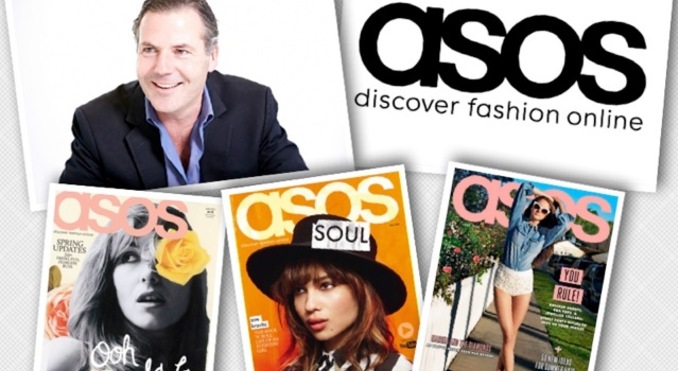 Nick Robertson the CEO of ASOS, the world-renowned online fashion retailer for twenty-somethings, describes his journey of becoming the second largest online retailer on the planet as being ‘luck at every junction’.

In a recent interview with WGSN’s Lauretta Roberts, hosted by The Industry at the Conde Nast College of Fashion & Design. Nick Robertson gave an honest and inspiring account of his journey and what he has achieved in such a short space of time.

Fourteen years ago a determined Nick Robertson found a niche in the market after an idea sparked from the American sit-com Friends: “We read a stat back in 1999 that when the programme Friends aired, NBC got 4,000 calls about some standard lamp in one of the apartments asking where it could be purchased.”

Asseenonscreen.com, as the name suggests, was founded on the basis that you could surf the site to find products worn by celebrities on the television.

Now in 2014, ASOS, which is now known with the shortened title, is rapidly becoming the number one global retailer for fashion online. The digital forerunner ships to 237 countries worldwide and provides sales of over 80,000 orders per day. Not only is the site easy to use with it’s minimalistic layout, it also provides a personal and exclusive way to shop the latest trends. With the growth of ASOS, online platforms are currently in development to update technology to construct Russian, Arabic and Chinese websites in these languages. This will allow ASOS to speak to over 90% of the world’s potential customers in their own language.

So how did it happen? With the help of his brother’s input financially, Robertson was determined not to fail: “My brother had put in half and I couldn’t stand the thought of sitting around the table at Christmas having lost it all.”

Back in 2000 online shopping began to be the newest way to shop, and although some were skeptical, it soon became the norm. Fourteen years on and technology has since boomed, with the likes of iPhones and tablets you can now access ASOS anywhere in the world, either online or through the ASOS app. This hassle free way to browse is the most efficient way to update or revamp your wardrobe in the comfort of your own home.

Robertson modestly adds that his success ‘was luck at every junction‘. Although luck may have been a contributing factor to ASOS’ success, Robertson’s determination of creating a unique online experience for his customers is one of the main reasons this brand has flourished. From PR enquires to warehouse and design concepts, Robertson saw the bigger picture, he always wanted ASOS to be more than just an online retailer: “We want to be as synonymous to fashion for twenty something’s as Google is to search and Facebook is to social media.”

Related reading: How to Write a Fashion Press Release?

Although global domination is on the cards, Robertson illuminates that with a staggering 30% of sales being returned to the online giant per year, changes will be made in the near future where the sizes of all garments will be based on measurements rather than sizes to the decrease the number of returns.

As well as stocking his own fashion and beauty brand, ASOS also advertises high street and premium brands. “[Our customer] is not loyal to anything, she has her favourites – some high street and some premium, some eBay and some second-hand – why wouldn’t we try to replicate that under one roof?”

With the high street giant, River Island on board, Nick Robertson states he hope it won’t be too long until Topshop and Zara want in on the action, as ASOS is rapidly becoming the number one go to site for twenty something fashion, with 29.5 million users ASOS has the power to promote new brands quicker than any department store could.

“ASOS is intently focused on winning the online fashion race. Our target market is the global population of twenty-something’s who love fashion – we see our customers and ourselves as being part of the same worldwide fashion community”. – Nick Robertson. 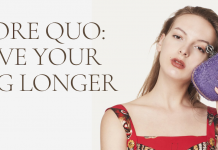 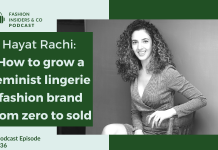 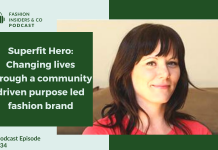