Women’s Sewing Groups are not a new phenomenon. During the 1st and 2nd World Wars, women united and joined forces for the war effort. Let’s dive-in some history, mdern day practices and how these groups have become a new business model to revive manufacturing in London.

Back in the days, women would get together out of boredom or joy, to sew in groups.

Regular meetings were scheduled where they would make and mend clothing for the troops.

With their husbands away serving in the war and their children evacuated to the countryside, women were lonely and had time on their hands. Spending this valuable time with like-minded women was community building and imbued them with confidence and a sense of patriotism.

Fast forward to 2018 and women’s sewing groups are still firmly on the map. These days some of them are charities that provide participants with space where they can congregate with people in similar situations develop sewing skills and increase confidence.

Stitches in time is one such enterprise that is based in Tower Hamlets. It was set up in this part of London to address the need for such a venture.

Entrerprises and centres for Women’s Sewing Groups in London

The Stitches In Time’s Mission is:

What do these enterprises do?

Between 2016 -2018 Stitches in Time delivered 924 creative workshops to a wide range of people in 25 main locations around London. The four classes they offer in their Sewing Support Network expanded from 1 location to 4 across Tower Hamlets.

Who participates in the groups in Stitches in Time?

The women who use the network are mainly from the Bengali community. They are women whose first language is not English, who are isolated due to the language barrier and who experience limited social contact and need support for a range of personal issues.

Over a three year period, the network aims to work with 150 women, with 111 women enrolling in one year alone this project is evidently needed. “I have gained so much confidence and have made such an improvement. I look forward to coming and am more independent”. Service user.

It was conceived after being inspired by a need for London-based, ethical manufacturer. It creates commissions while delivering training and creating employment that pays a living wage to its workers.

Within two years, the enterprise has flourished and now supports five women into work. They manufacture a wide variety of items including womenswear collections, interior products, accessories and fabric hats.

FabricWorks, the Training Programme provides a welcoming space for local, long-term unemployed women to meet, learn or improve their existing skills and to be creative. The weekly classes teach industry standard manufacturing to 30 unemployed women. They’re taught about the manufacturing process through learning how to make the charities own childrenswear brand Mini Stitches.

Heba is another women’s project very similar to FabricWorks. It’s a unique training and enterprise project in Brick Lane, London.

Women from diverse cultural backgrounds are provided with a safe and welcoming place. Here, they learn new skills and engage in enterprise activities to suit their particular needs and family commitments.

Their training programmes are taught to a variety of levels with some of them leading to nationally recognised qualifications. Courses offered include sewing and pattern cutting.

The enterprise arm of their project sees the production of their own label Heba@BrickLane. It is designed, produced and sold by the women who attend the women’s group.

Heba also provides five subsidised workshops to women starting their own businesses. It is based above their Brick Lane premises. Their production unit carries out commissions for designers in their high-quality working environment. Their capacity covers everything from 10 to 2000 pieces.

There is one company, based in London, that has instigated a positive change in the way clothing collections are produced.  The ethical and sustainable outfit Birdsong is the very antithesis of a fast fashion brand whose ethos is to connect women from worker to wearer.

They only work with charities and women’s groups in the hope of fostering fair pay conditions and complete transparency.

As Founder Sophie Slater says, “A lot of our time goes into supporting the groups we have here in London. Like the Bradbury knitting circle at an Age UK centre, or Mohila, a group of mums from migrant communities in Tower Hamlets who make our super cute avocado-print sweatshirts. We also support Heba in Brick Lane, who’ve been running a women’s project, creche, and seamstressing for 25 years. We pair them up with designers and run workshops to boost their design confidence, hang out there a lot, and make sure their stories are heard by interviewing them for our site”.

They believe in supporting these groups who produce beautiful clothing but are confronted with barriers when faced with selling their products.

Birdsong has conceived five years ago with a view to subverting the generally held negative expectations surrounding ethical fashion. The key was to match excellent aesthetics with playfulness, affordability and quality.

All workers involved in the manufacture of clothing are entitled to receive a living wage. This is not usually the case but it was one of the first requisites for the Birdsong team when they formed the company. As advocates of the Living Wage, a wage that is a basic entitlement of all working people all over the world, it was important to build a brand that also supported marginalized women.

A living wage is calculated according to the needs of the workers, not to the demands of the labour market. This wage ensures that working people can earn enough to meet all of their daily expenses and have some discretionary income left over to invest in their own or their family’s future.

Birdsong launched in 2013 with the aim of working with women’s groups for fabric production and manufacturing. Having discovered that as many as 92% of women’s charities in the UK have experienced funding cuts since 2010, the team at Birdsong recognized that these groups needed to find a sustainable source of income.

They initially teamed up with Anjum at Heba and the women at Mohila Creations, in the early years. Katie now oversees the bulk of their woven production at Stitches in Time. By paying a living wage the retail price is a little higher than you would expect from a middleweight brand.

However, while it’s unnecessary to justify the cost considering the pricing is fair and correct, the clothes are beautifully made and very cool with no hemp sacks in sight. Their materials are made by small units in India and Africa and all other fabrics are ethically sourced.

With such a high level of unemployment in the country, this innovative manufacturing model is one that should be set up nationwide. Government support should be made available to other like-minded people like Katie Adkins the director of Enterprise and Outreach at Stitches in Time and Anjum, at Heba.

The training of unemployed men and women could serve to help revitalise the manufacturing industry in England.

Of late, there has been a resurgence of interest amongst designers in England, who want to have their products created on home territory and who are keen to re-invigorate a once burgeoning industry. It’s a counterattack on the notion of fast fashion which is worn a couple of times, if ever, and inevitably becomes landfill.

Evidently, the consumers of fast fashion will not be the customers of ethically produced garments that pay their workers fairly. This consumer is an altogether different breed. A woman who expects more from her wardrobe is forward thinking, optimistic and very intelligent.

Are you a part of or know anyone who is a part of Women’s Sewing Group? 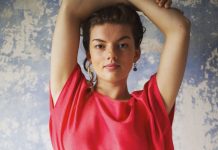 Made My Wardrobe – From Passion to Business With Lydia Higginson 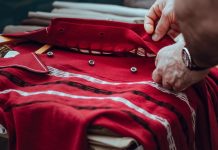 The easy guide to Fashion Sampling 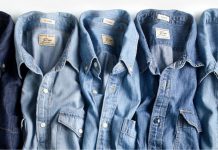 The Ultimate “How To” Guide to Working With Denim Fabric