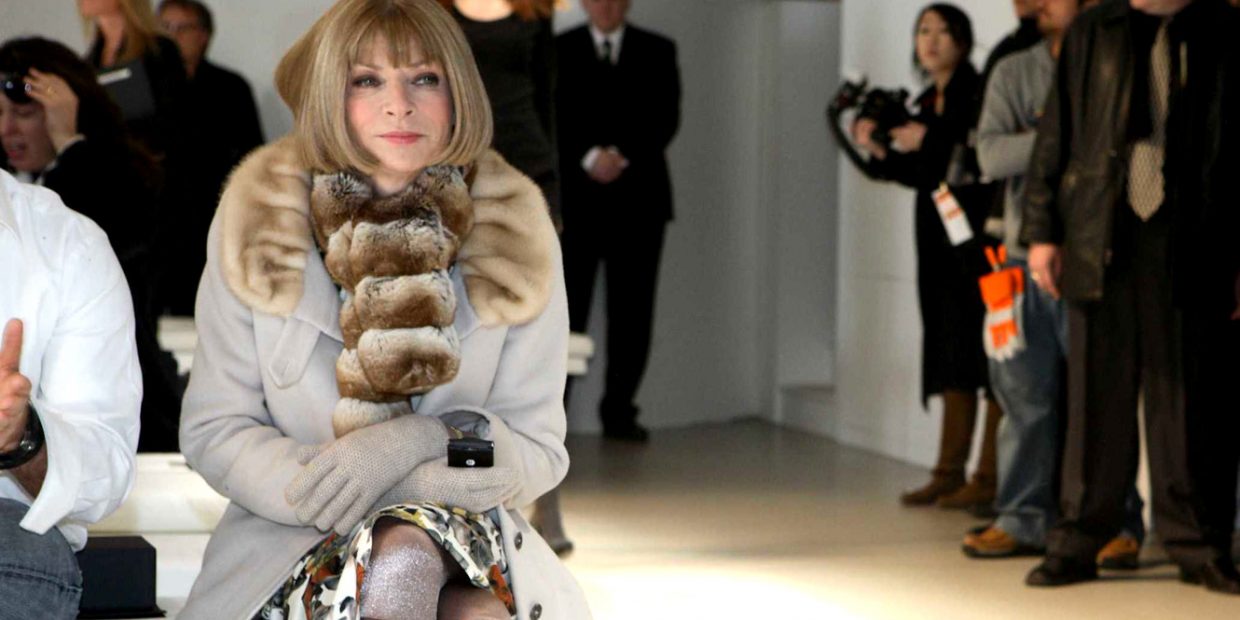 Since the 1900s, when cinema came to be and slowly, over the course of the 20th century evolved to be as we know it today, movies have been an important part of our everyday lives.

Films – be it documentaries, short or feature-length; movies hold the power to make us laugh or cry in equal measures. They can educate and above all – inspire us to dream.

The only other industry that inspires dreams, albeit in a different way, yet with equal power and blinded passion is fashion.

Being a famous actor or designer are perhaps two of the most popular aspirations young  (and not so young) people dream of. But those who get to take steps towards making these dreams come true, can vouch for the hard and rocky road ahead and often lonely journey.

Finding solace, inspiration and education from films is for budding designers one way to keep sane, not give up, draw inspiration for new collections or simply swot up on fashion history.

Here’s our top pick of the best fashion films (old and new) and documentaries to add to your watchlist pronto and get you started. But the list is by no means exhaustive. There are so many more beautiful and inspirational movies out there – old and new.

Audrey Hepburn loved fashion, and so does Funny Face. A romantic comedy that dazzles with its musical numbers and stylish characters, most of the costumes for the film were designed by the legendary Edith Head, but Funny Face’s crowning glory is a collection of custom-designed gowns by Hubert de Givenchy for the main character.

If the image below looks familiar, it is because this is the movie and THE one scene that has inspired countless homages by artists like Madonna, Geri Halliwell, Kylie Minogue, Nicole Kidman, Anna Nicole Smith, Christina Aguilera and many others. Merilyn Monroe’s rendition of the song “Diamonds Are a Girl’s Best Friend” and her pink dress are a joy to watch and a feast for the eyes.

This iconic 1953 musical comedy, among the last of its kind to be made before the coming of the widescreen, features a gold-digging Merilyn Monroe and a man-eating Jane Russell as busty girls en route by sea from the States to Paris, France.

This isn’t just a fashion film, this is THE fashion film. Iconic by now, it was nominated for one Oscar.

Set in New York, it tells the story of a simple and naive just-graduated in journalism Andrea Sachs, who is hired to work as the second assistant of the powerful and sophisticated Miranda Priestly (aka Anna Wintour), the ruthless and merciless executive of the Runway (aka American Vogue) fashion magazine.

Watching it will not only send shivers down your spine, make you laugh and cringe, but also let you reminisce about the head-to-toe looks of the 2000s and revel in the glory days on those glorious Prada and Chanel ensembles.

Set in the glamour of 1950’s post-war London, renowned dressmaker Reynolds Woodcock (played by Oscar-winning actor Daniel Day-Lewis) and his sister Cyril (Lesley Manville) are at the centre of British fashion, dressing royalty, movie stars, heiresses, socialites, debutantes and dames with the distinct style of The House of Woodcock.

This fashion film paints an illuminating portrait both of an artist on a creative journey, as well as the clients who inspire him and keep his business and world running. A stunning insiders view of the world of couture – the hard work by all involved and the obsession and attention to detail that endlessly required. 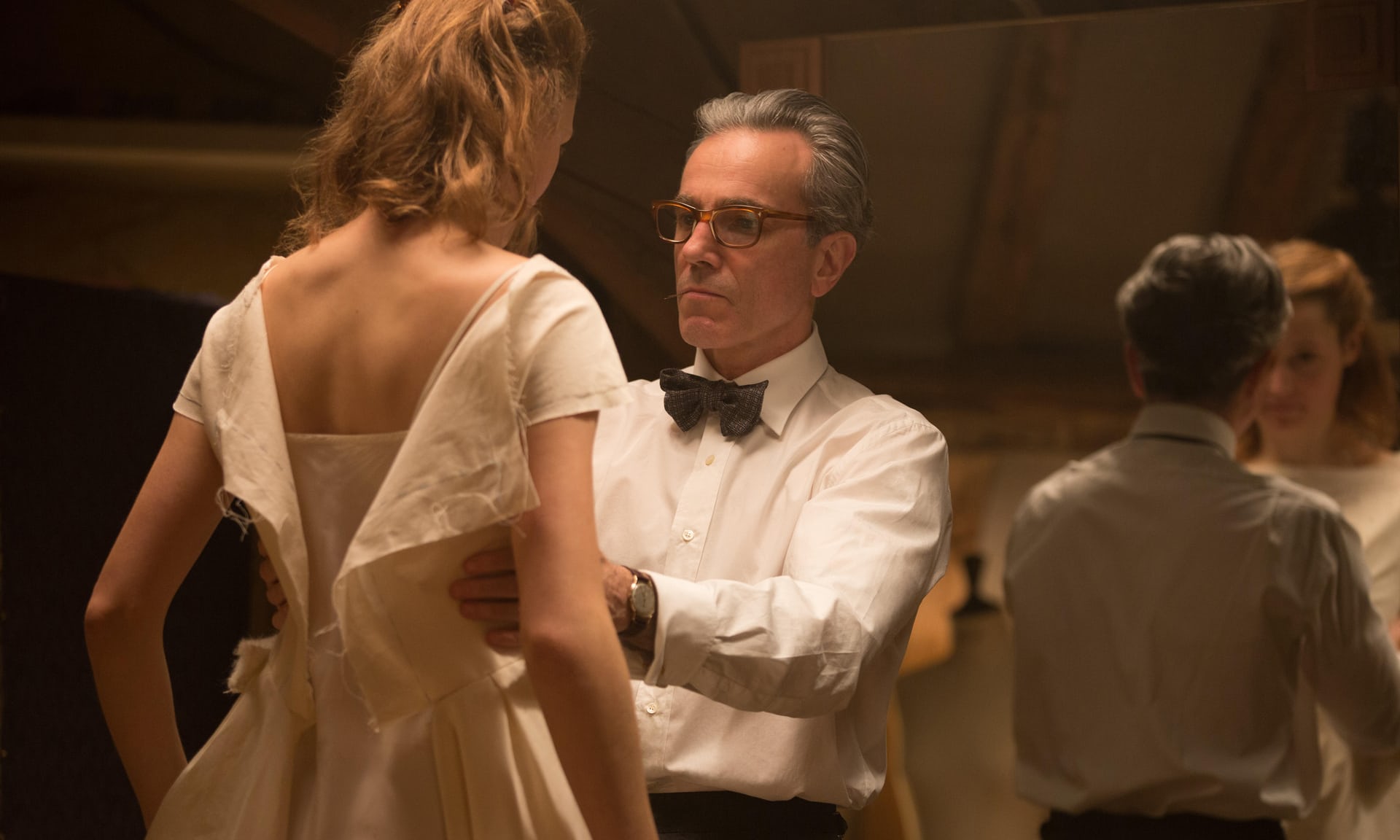 Tom Ford – the acclaimed fashion designer’s directorial debut is nothing short of breathtaking. Starring Academy Award winners Colin Firth and Julianne Moore, this fashion film tells the story of a gay widow George (played by Colin Firth), a college professor who had lost his lover, Jim, in a car accident. Grief-stricken, he plans to commit suicide. But he encounters an old friend (played by Julianne Moore) who leads him to make a final decision as to whether life is worth living without Jim. All costumes were designed by Ford and the entire film looks like it’s hot off the press of a glossy magazine.

An insiders view into the world of the recently appointed (at the time, 2014) designer Raf Simons and his first haute couture collection as an artistic director of Christian Dior. The documentary focuses on the buildup to his first and unconventional collection and revealing that the journey from design to final display is never easy but always compelling.

The film is available for viewing on Netflix. 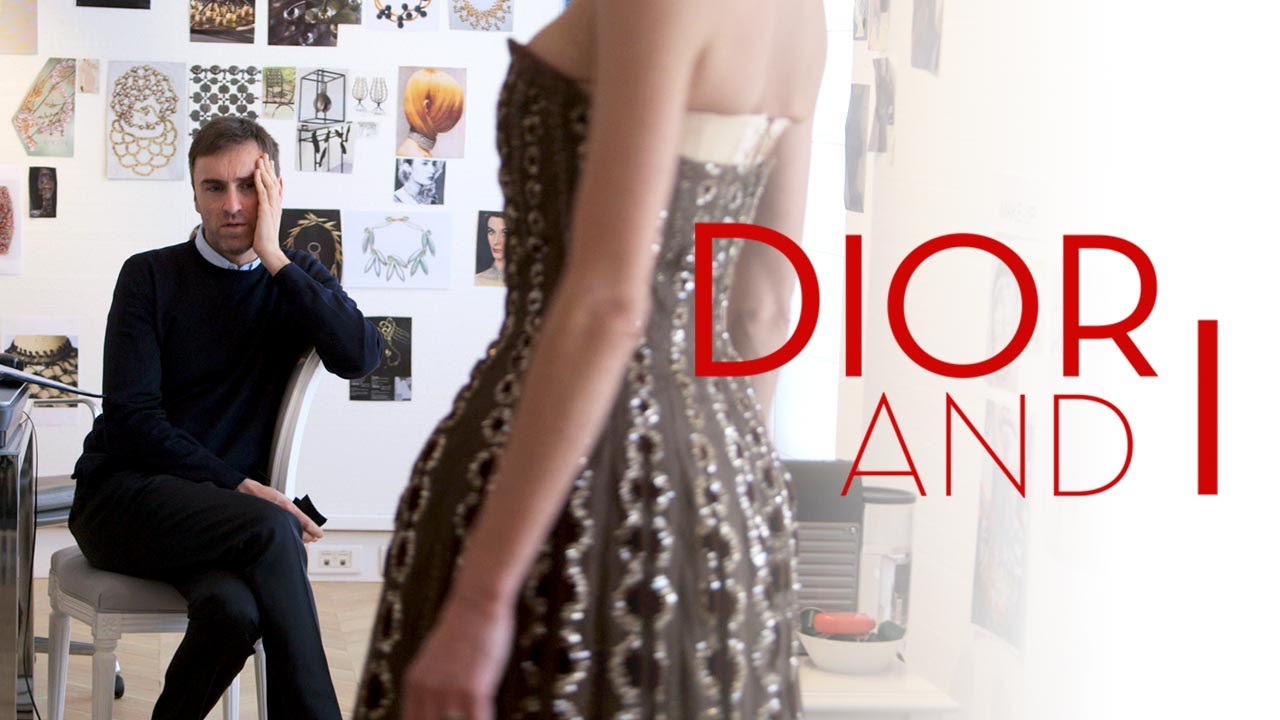 Quite possibly one of the most important film/documentaries in the recent history of the fashion industry. The documentary lets us into the world of the revered and often feared Vogue editor and Chief Anna Wintour. The two hour odyssey is attention grabbing with its magazine corporate drama as it allows the viewer for the first time to take a look at the goings-on of a real-life fashion magazine. The film tracks the creation, shoot and inspiration behind American Vogue’s 2007 September issue – the most read and important issue on the fashion bible’s calendar.

A must see for anyone interested in working in fashion. The film is available for viewing on Netflix.

A fascinating documentary on the life of legendary fashion designer Valentino Garavani.

The documentary follows the colourful in life and art designer and tells the story of friendship, a retrospective of his work, and an insiders look at haute couture as a business.

Unmissable and available for viewing on Netflix.

Vreeland – The Eye Has To Travel

A thoroughly enjoyable documentary about the witty and inimitable Diana Vreeland – the doyenne of 20th-century fashion and a truly self-made woman.

Vreeland served as a fashion editor for Harper’s Bazaar/Vogue and her magazine career lasted from the late 1930s to the early 70s. Funny and fascinating, the film is pure “fashion history” gold.

Buy the documentary on Amazon UK or it is also available to watch on Netflix.

The Boy Who Made Shoes For Lizards

A charming and utterly enjoyable feature-length film by longtime fashion editor Michael Roberts. The film is a portrait of his friend, the renown shoe designer to the stars Manolo Blahnik. Theatrical and unpretentious, the movie is a mix of retrospective biographical look at the designer’s life and professional journey, as well as a somewhat of a lovefest and tribute to the man, paid by anyone and everyone in fashion.

The film is available for viewing on Netflix or to buy from Amazon.

Ultrasuede: In Search Of Halston

Though this documentary wasn’t well received, it still tells the story of one of the most iconic fashion designers of the 1970s and 80s, whose influence is felt to this day. Roy Halston designed for presidents wives, pop and Hollywood stars of the day, as well as uniforms for airlines and the USA Olympic team.

To learn about this influential times in fashion history, buy the movie from Amazon. 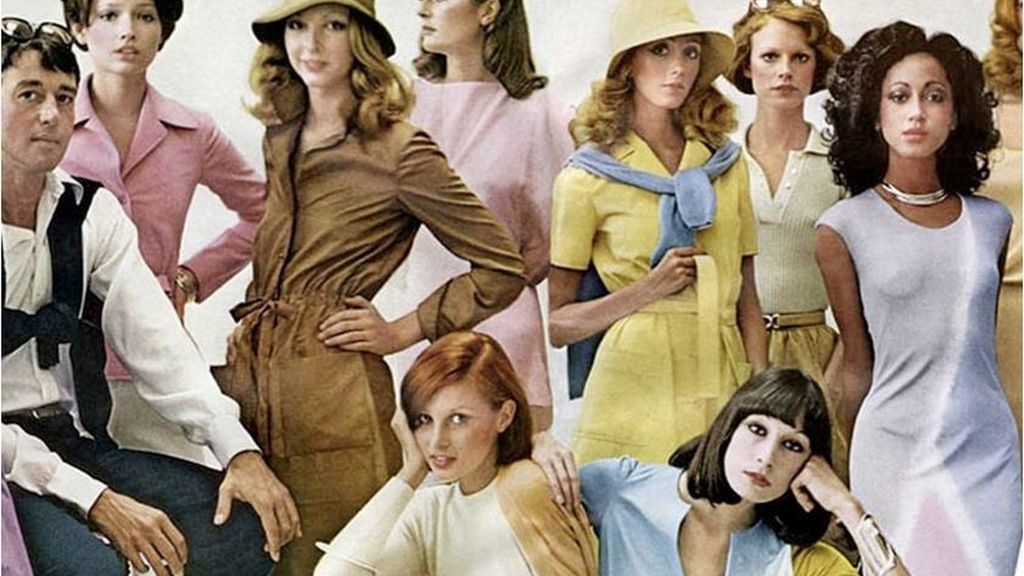 A delightful documentary about the instantly recognisable, quick-witted, flamboyantly dressed 95+ year-old style maven Iris Apfel, who has had an outsized presence on the New York fashion scene for decades. More than a fashion film, the documentary is a story about creativity and passion.  Her instantly recognisable sartorial flamboyance has earned her a firm place as one of fashion’s most legendary style icons.  Iris is an in-depth portrait of a woman and her unwavering energy, with her free spirit and vivacious nature reminding us that (as clichéd as it might sound) fashion is fleeting, but style really is ageless.

The film is available for viewing on Netflix or to buy from Amazon UK  or Amazon.com.

Filmed over an entire year, film director Reiner Holzemer documented the precise steps that Dries Van Notten takes to conceive of four collections, the rich fabrics, embroidery and prints exclusive to his designs.

The result is an intimate portrayal of one of the world’s most successful independent designers. For 25 years, the Belgian designer has been a mainstay on the Paris schedule and this film offers a new perspective on his creative process.

A must see for those keen to enter the design side of the industry.

Lavish, Netflix-original historical drama that chronicles the life of Queen Elizabeth II (Claire Foy) from the 1940s to modern times. 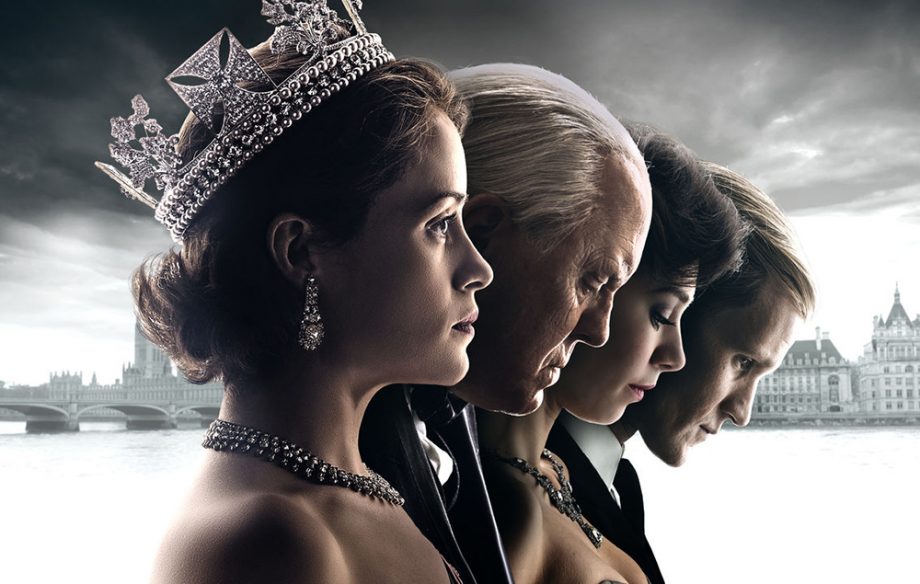 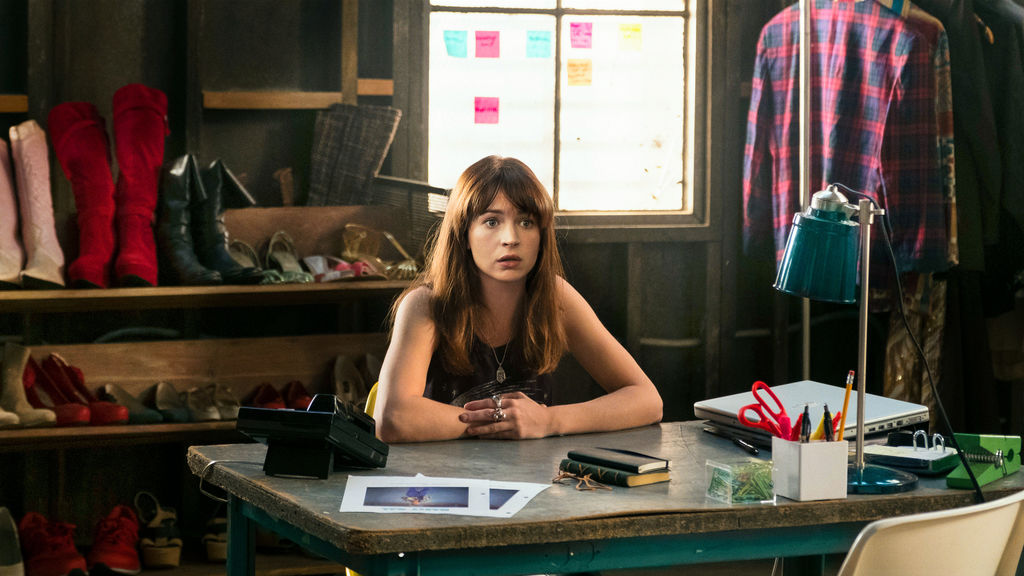 Stylish American teen drama about boarding school rich kids, dressed in designer clothes and accessorised with Birkins and drug habits. A must watch if you like fashion, drama and gossip.

The House of Eliott

Britsh TV series produced by the BBC and a huge hit in the mid-1990’s. The story is set in the 1920s and tells the tale of two sisters – Beatrice and Evangeline, who are the epitome of 1920’s Independent Women. Following their father’s death, they go through serious struggles trying to build a fashion empire. Boxset available to buy on Amazon (UK) or Amazon (USA) 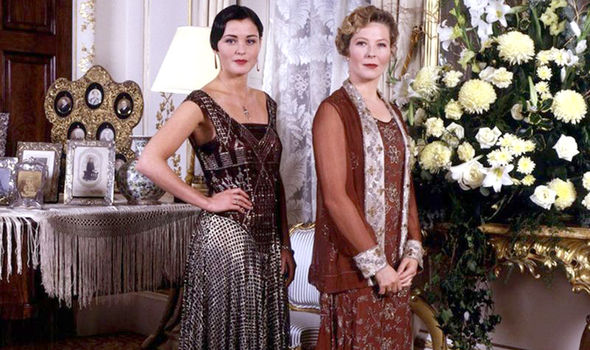 What is your favourite fashion film? Tell us on Instagram right now.