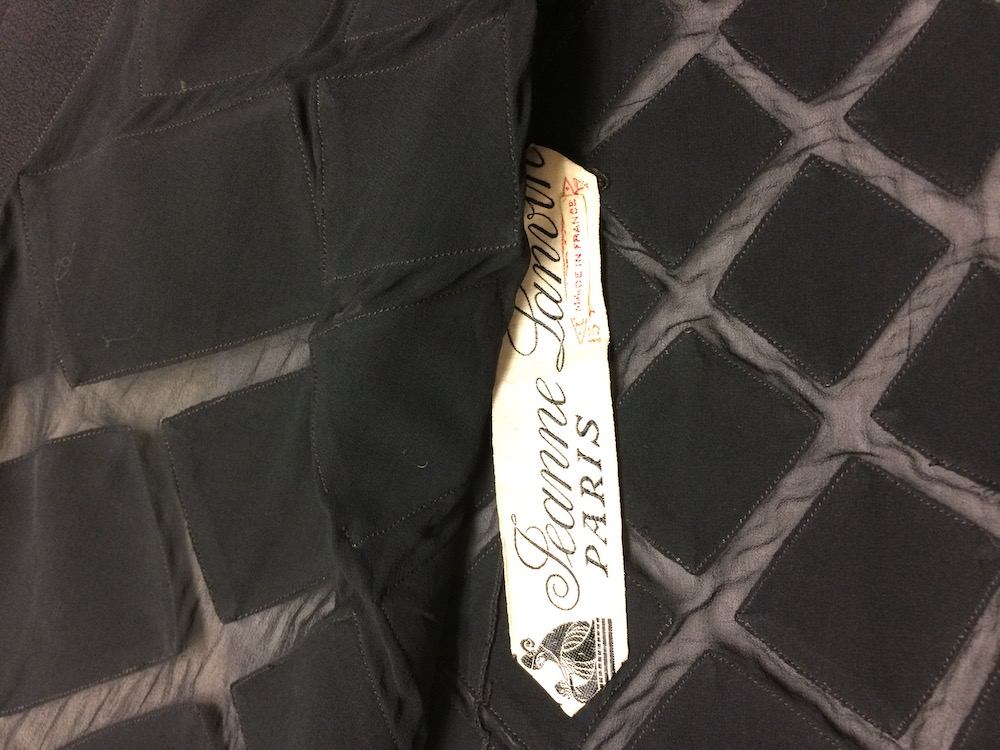 The past looms large watching imperiously, hawk-like, over its legacy. And so it should, in the case of famous fashion houses such as Lanvin, Dior, Chanel and Balenciaga. Once the original designer has left the building, an ever-changing supply of new talent is entrusted with the stress-inducing task of keeping the flame alive.

There’s a fine line between adding one’s own signature style to a grand house while also remaining sensitive to its history.

Fashion archives allow new designers to delve into a past that was very different to the present. It can be used in order to gain some insight into the brands DNA and identity, the construction techniques it employed and the research materials it used to inform the shapes and proportions it became famous for.

Clothing was made more sustainably back then, with items made to last longer than a mere season.

An attention to detail was bestowed on well-cut, hand-sewn garments that stood the test of time. With so much there to inspire contemporary collections, it’s safe to say that any new designer at the helm visiting any fashion archives would feel like a child in a toy shop.

Before contemporary fashion arrived, it was traditional for designers to dress their clients from childhood to death and the intervening years.

Digging into the fashion archives of Lanvin and Balenciaga

Two houses spring to mind when we imagine the perfect fusion of past and present fashion.

Lanvin and Balenciaga are the two world renown brands that stand out.  Their archives have been used extensively, but have also been made relevant for a contemporary audience by countless designers – new and established all over the world.

There are marked contrasts to their approach to design, with Jeanne Lanvin’s aesthetic being one of surface decoration and fabric manipulation, while Cristobal Balenciaga redefined silhouettes and construction methods.

The former’s main ethos was to build an empire based on inspiring, creative and feminine fashion. Before contemporary fashion arrived, it was traditional for designers to dress their clients from childhood to death and the intervening years. Clothing was revered and passed on from generation to generation.

Lanvin’s signature style was to incorporate innovative surface decorations, in the form of textile embellishment married with a rich colour palette of original shades. These shades, notably her signature, Lanvin blue, were developed in her own dye house.

After her death in 1946, and since, the management of the house employed thirteen designers in an attempt to elevate it from anonymity.  But the long-awaited Lanvin renaissance only began in 2001, with the appointment of Alber Elbaz as the creative director.

To those in the know, it came as no surprise that Elbaz, would make his own singular mark while continuing to extract the best from the archive.

As he said, in the Dean L Merceron book Lanvin “I respect the past even though I do not believe I belong there. I feel like an acrobat balancing between two worlds: the past and the present. I love tradition, but I also love the idea of representing it in a different way”.

His use of embellishment and blocks of colour, in Jeanne’s signature shades, paid homage to Lanvin’s legacy and follows the unwritten, yet prescribed, design formula laid out by Jeanne Lanvin herself: blur the lines that define the generational gap by designing garments that are suitable and flattering for various body types, and create a complete head-to-toe wardrobe for a woman.

Balenciaga experimented with construction and form, and developed a new relationship between the body and garment.

Cristobal Balenciaga was a perfectionist who acquired an expert command of sewing techniques and spent his life refining the construction of his creations. He introduced extraordinary innovations that allowed him to gradually evolve towards simpler, purer forms.

In contrast to Lanvin, Balenciaga’s ‘look’ epitomized and embraced futurism and this was groundbreaking when he came into his own during the 1950s and 1960s.

His construction methods challenged the dominant silhouette made famous at that time by Dior and his ‘New Look’ which was characterized by a cinched in waist, very full skirt and rounded shoulders.

Balenciaga experimented with construction and form and developed a new relationship between the body and garment, which meant that garments caressed or stood away from the body, as opposed to hugging the figure. His most famous creation, “the cocoon” was the cut that lay at the heart of Cristobal Balenciaga’s idiosyncratic contribution to the history of fashion.

His architectural forms were supported with boning, underlinings and his use of unique cutting techniques.

The latest creative director at Balenciaga, Demna Gvasalia has studied the archive extensively.

However, in his extraction of the key aesthetics of Cristobal’s vision, he has managed to modernize an already futuristic look by combining it with fashion for the ‘street’.

Gvasalia’s starting point is to profile what women might want to wear every day. The wardrobe staples are selected and then fused with the Balenciaga essence, while still maintaining relevance for the modern woman. The voluminous forms so inherent in Balenciaga of the past, notably in the vast capes and baby doll dresses, which sit precariously on a slender silhouette, have been re-thought as oversized puffer jackets and padded scarves, rendering them very wearable and so now.

The slender element has been re-defined as slim fitting stirrup trousers or stiletto encased spandex leggings. Balenciaga was notable for his tailoring skills and created a silhouette that accentuated the hips and slight curvature of the back. Demna extracts these key points but elongates the silhouette with lightly padded hips and sets the shoulders fractionally forward by curving them slightly.

In addition to creating your own fashion archives, other designers’ past work can also serve as a resource to inspire your work.

Making use of historic fashion archives should not be limited to grand fashion houses as new designers should also think of their future legacy. Once you have launched your brand and had some success with sales it will be easier to define which samples should be saved for future reference.

Bestselling items could be reissued as limited editions upon reaching certain anniversaries with your brand. A fashion archive is useful for a number of reasons – it will serve to help maintain continuity each season, it will allow you to improve on previous designs that were perhaps, not quite right, and can provide your company with ammunition in regards to intellectual property disputes.

In addition to creating your own fashion archives, other designers’ past work can also serve as a resource to inspire your work.

Collecting items from a specific period in history can lead to the launch of a range of clothing inspired by the very archive you have been building.

Lisa Perry launched her namesake brand in 2006 after collecting vintage dresses from 1966 to 1969. She stores these items in her spare room, My brand started because of my vintage collection, so it’s important for me to be able to see it and bring the archive catalogues to my design studio to share with my design team.

Exploring other designers work is mandatory at fashion colleges and gaining some knowledge through the study of the construction techniques employed by a  designer, could lead to many discoveries that could be applied to your own future projects.

The V & A’s Clothworkers’ Centre for the Study and Conservation of Textiles and Fashion, in West London, is a great example of a wonderful and extensive fashion archives for fashion enthusiasts. It’s a state-of-the-art facility that offers visitors and researchers a truly unique opportunity to inspect and study one of the most important collections of textiles and fashion in the world, ranging from archaeological fragments to heavy tapestry and carpets, accessories and underwear to embroidered 18th-century court dresses and contemporary haute couture.

If your background is in fashion, you can contact them and make an appointment to view up to 6 items from their archive over a 2 – hour period. Unfortunately, you cannot touch the clothes or other items due to their delicate nature. A glove wearing assistant will handle the items for you but you may take photographs and sketch the pieces.

In order to create the future, we have to know our past.

However, it’s important to remember that it must not dictate your vision, only accentuate it.

After you have created fashion archives for your business, pick your brand colors and start using it on every visual medium like letterheads, visiting cards, infographics, quotes, etc. Pantone color guide will help you in this aspect. They are color regulators for the fashion community so, listen carefully.