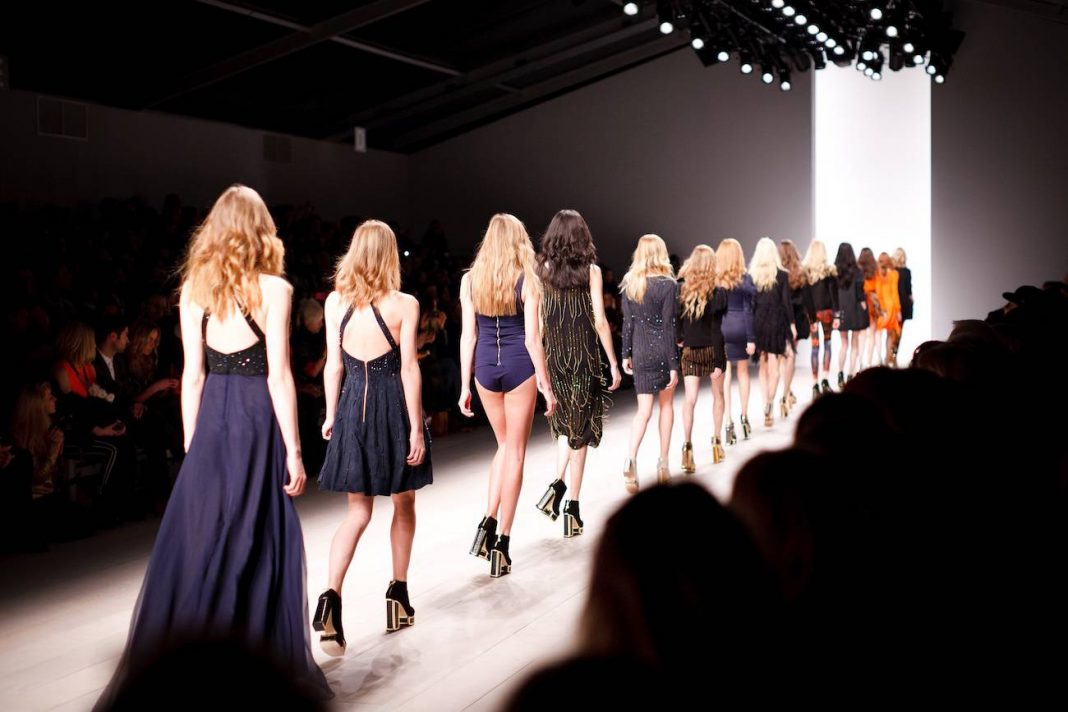 The changing face of the fashion industry… Years ago, when I had a fashion label and sold to boutiques globally, the seasonal selling formula for a designer was pretty simple and straight forward.

Two collections were delivered per year. The Spring/Summer RTW (“ready-to-wear”) garments hit the shop floor in January. Depending on the type of collection produced, the selection would typically include lightweight separates comprising of blouses, skirts, dresses, shorts and a couple of jackets. Autumn/Winter RTW collections were delivered in July. The offering was similar to S/S but with the addition of heavier fabrics, knitwear and coating.

The system, while adequate, had its own set of problems. It was business-driven as opposed to being customer-driven. Customer fatigue would inevitably set in through seeing the same items on the shop floor for 5 long months. In addition to this, it made no sense to be shopping for short sleeved dresses in January when the ground was still frosty, and heavy winter coats in July while the sun was at its highest point. Fast forward to 1999 when the World Wide Web really began to take off – and fashion as we knew it was about to change.

These changes in the fashion industry occurred for a number of reasons, but the main drivers were Fast Fashion and Social Media. In an industry where its consumers have a voracious appetite for all things new, fashionable folk needed a high voltage hit of a “certain something”. This arrived in the form of the high street behemoth Zara, founded in 1975 in Spain. Their business model with its strategy, to stock less merchandise and to update its collections, every two weeks, has won it customers of all ages and from all corners of the globe.

The Onset of Fast Fashion Companies

Retail fashion has been turned on its head by Zara placing the customer at the fore, with their demand for newness on a dizzying level, and how they have delivered! Such a large company has the infrastructure in place with their designers keeping track of the buying habits of their consumers and tuning into their personal tastes. The latest trends are analyzed and scouts are sent out to observe the global street styles for their customers.

They are now operating a network of more than 2,000 retail outlets in 88 markets located in the central shopping districts of all the large cities. They have set the standard for the fashion industry because it manages to design, produce, distribute and sell its collections in only four weeks. With such a dramatic change occurring on the high street, the designer sector had to keep up to speed and satisfy the demand for constant newness.

The socially-savvy global consumer, firmly in the driver’s seat, demanded summer and winter garments simultaneously. They also wanted to wear the clothes they saw on the catwalks almost immediately. And understandably so. It would be incredibly frustrating to have instant access to beautiful clothes on the catwalk but to then have to defer purchase. I imagine that the sheen has faded somewhat by that point.

With the introduction of Pre-Season and Resort to satisfy demand, the old model has been agitated. Fashion buyers purchase the majority of their stock from the Pre-Season and Resort collections, as they’re considered to be the main bi-annual buying spree. These events occur before the main shows, to a closed audience of buyers only. Main collection presentations, now more for the press, are a diluted version of the pre-collections, which are already in-store by the time the main shows occur. Genius, in my opinion.

The sale-through for Resort and Pre-Season, at 6 months, is much longer than Spring RTW and Fall RTW collections, which have a shorter shelf life of 3 months only. They’re bought as a top-up to the pre-collections and add longevity.

Buyers allocate most of their budget on the Pre and Resort ranges and need to see a healthy return. Otherwise known as Trans-Seasonal ranges, they possess an aesthetic that travels well, are functional and can be worn with other items of a seasonal wardrobe. The introduction of these two additions to the fashion calendar was also in response to the problems of plagiarism faced by designers.

Social media has allowed open access to a global audience of new trends within the design arena. In spite of the shows being presented to a specially-invited audience, images are still leaked. We’re living in an era where high street stores and their in-house fashion ‘designers’, AKA plagiarists, use the designer catwalk shows as their mood-boards. Copying everything they see, at will, and selling it for a fraction of the price. I would regularly ask the buyers which customers were purchasing my designs. Their response was a little double-edged.

Copyists snapped up my clothes, shipped them to their factories, and reproduced them with minor changes. They were then sold on to their customer base. Zara is mentioned again here as they’ve been accused many times of ripping off smaller brands. They were in the press 2016 after blatantly ripping off the artist Tuesday Bassen. They excused themselves by saying that she had no grounds to complain, as she was an unknown artist, while they were a grand corporation with enough clout to do exactly as they pleased.

The hamster wheel mentality for introducing more collections is having a profound effect on the industry. The smaller brands are in no position to compete so they inevitably produce poorly made, throwaway garments that eventually become landfill.

The Fashion houses can continue adding more seasons to the calendar as they have the funds to do so. The flip side of this, however, is the toll it takes on the designers at the helm. The pressure to churn out gargantuan ranges season after season has made casualties of some of the fashion industry’s brightest stars. They’re either resigning (Raf Simons and Alber Elbaz), having breakdowns (Galliano), or committing suicide, like the tragic McQueen.

This pressure cooker environment has had an interesting effect on the market, and as Ruth Chapman from Matches fashion store says…”I don’t think it would work better on the whole for luxury fashion industry to have a shorter period between reveal and delivery.

What the Customer Wants

The customer is increasingly interested in the artisanal design process when she invests in beautiful items. The very process of this requires a complicated supply chain and sometimes an item can pass through many different artisan hands.

It’s just not possible to put any more pressure on these processes without compromising on quality. The customer is smart enough to know that.” The rise of artisanal brands such as Olivia von Halle, Cambridge Satchel Company, and Mansur Gavriel appears to be addressing this issue of provenance and artisanship. Their very existence is a direct consequence of the realization that there are so many consumers who feel today’s fashion brands are not catering to their needs.

They’re setting the bar for building unique businesses through unusual best-in-class strategies based on the strength of single best sellers. However, with the arrival of these firebrands, the established labels will inevitably fight back. I had heard of a well-established label consulting with a marketing company, so strong was their desire to re-brand themselves as an artisanal enterprise.

It’s a fact that some aspects of the fashion industry needed to be shaken up. Faced with a more demanding, assertive customer, it had to deliver to a global network, as evidently Fast Fashion only exists due to demand. However, continuing on this trajectory will impact so many areas within the industry. It’s reassuring to see that there are some savvy brands out there who have embraced the Slow Fashion Movement. Their championing of a return to craftsmanship and sensitively produced items is to be admired in the face of the conglomerates who may find that their dominance is fading. 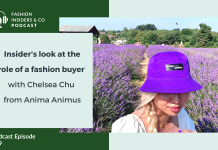 E29: Insider’s look at the role of a fashion buyer with Chelsea Chu from Anima Animus 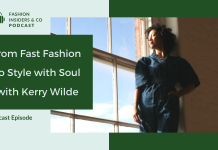 E16: Kerry Wilde: From Fast Fashion to Style with Soul 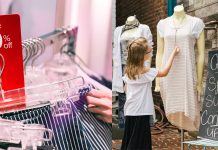 How to Avoid Falling Prey to Fast Fashion