Fashion Insiders
Home Features Insider's Opinion “Made in Britain” – to be or not to be?

With Brexit looming over us and the louder and louder voiced opinions and encouragements to keep as much as possible “Made in Britain”, Moni Omotoso takes a look at what that means to us really, and how easy is it to make it here or keep it here when the economic landscape as we know it is about to change.

What does the “Made in Britain” label suggest these days?

To me, it conjures up images of a cottage industry of knitwear lovingly made by hand in the Scottish Highlands, bespoke, traditional tailoring on Saville Row or shoes welted by hand in factories in Northampton.

In fact, the shoe making industry was more than a cottage industry in Britain. With 80 factories, producing more than 20 million pairs of shoes a year in the 1950s, I’d say that was big business. According to Eric Musgrave of the UKFTA, ‘The UK is one of the best sources of fine clothing in the world. Its inherent quality equates to good value – a fact that is often better appreciated abroad, where the ‘Made in Britain’ label is a status symbol. In Japan, for example, the very word for suit suggests UK influence: ‘sebiro’ is a corruption of the London street perhaps most associated with sartorial quality: Saville Row.

However, British manufacturing, including apparel and footwear, has been in steady decline for over 30 years. And while the resurgence of popularity amongst high-profile brands with provenances, such as Crombie, Burberry and Aquascutum is to be lauded, the majority of their production is carried out overseas. Using cheaper labour in countries such as China, Vietnam and Turkey was too attractive an opportunity to pass over, and one that would save millions of pounds in production costs. It would appear that the British public are more in favour of purchasing a quality, cheap, albeit well-made garment, even if it was made overseas as opposed to manufactured on home turf.

Of late, however, there has been a growing demand for products with a ‘Made in Britain’ label. Once considered a warning sign for consumers it is now perceived as a badge of quality. This demand is occurring to such a degree that the Asos Stitching Academy was launched to address the shortage of skilled makers in the UK.

Apparently, the lack of talent is the only barrier to a resurgence in UK textile manufacturing. Asos, and other like-minded high street stores, have started ‘reshoring’ some of their production back to England and not only to fly the flag for made in Britain products. With the pace of fashion changing to such a degree, these brands require shorter supply chains, coupled with their main competitor, Inditex, producing garments in its home country, Spain, the British brands are trying to emulate its success.

Manufacturing locally ensures flexibility and shorter lead times which all lead to increased sales at full price and a reduction in markdowns. ASOS are using their North London factory to produce 8,000 units a week. It seems incredible that local production is becoming cheaper than overseas, especially in China, where their pricing was initially very low, workers are now demanding higher wages and that coupled with rising shipping costs has led to a surge in local production.

I feel that this confidence has resulted in a general upsurge in positivity amongst designers, in England, who want to have their products created on home territory, and who are keen to reinvigorate a once-burgeoning industry. It’s a counterattack on the notion of fast fashion which is worn a couple of times, if ever, and inevitably becomes landfill. Selling platforms, such as Etsy, are keen for their sellers to promote a hand-crafted, bespoke and artisanal aesthetic that shines a light on the provenance of the goods. The quality of our products can be traced back to traditional, heritage brands on Saville Row, whose rich history of bespoke tailoring continues to this day and brands such as Huntsman who built the foundation of British fashion. Britain’s heritage reflects the country’s history as the birthplace of the Industrial Revolution – itself initially part driven by the demand for fabrics – and key in democratising fashion as never before and spreading UK influence all around the world.

They’ve put their efforts into saving the legacy of ‘Made in Britain’. One such company is the Albion Knitting Company, set up in 2014 in North London. Its owners, Jamie O’Neill and Chris Murphy, had previously set up factories in China for Dawson International, a cashmere maker that folded in 2012. As producers of high-end knitwear for brands such as Givenchy, Alexander McQueen and Chloe, they felt there was some customer-perceived stigma attached to a ‘Made in China’ label over a ‘Made in Britain’ label. The duo brought machinery and seven of their 30 employees over from China to make sweaters and cardigans.

The £10m fund, The Manufacturing Growth Programme, was set up in 2016 to help small businesses such as the Albion to streamline production. Aimed at manufacturing SMEs in Durham, Tyne and Wear and Northumberland the scheme will help senior managers within manufacturing companies assess and identify barriers to growth, and work with them to improve business performance and increase sales. Manufacturers in the West and East Midlands, and the east of England can apply for grants, training and advice. The EU backed scheme was set up to replace the Manufacturing Advisory Service which closed in 2015 after 13 years. Senior industry experts fear that once the fund is spent by 2019, factories will not be supported as no new initiatives have been presented for manufacturers.

Some brands feel that Made in Britain manufacturing is only viable providing the factories have had a history of producing their particular products. Annie Stroud of Flock by Nature says: “When I first started my research and development I was determined that everything would be ‘Made in Britain’…mainly because I am swayed by this as a consumer and I would love to support local where I can. In reality, I found the quality did not reflect the price, on one or two occasions I was downright lied to about the factories capabilities and at best I always knew I was far down anyone’s priority list. In working with local factories, I have found excellent quality (I pay a premium but the quality reflects it) and also the factories are genuinely welcoming. On reflection, I also think my approach was rather naïve and the ‘Made in Britain’ issue is a bit more sophisticated… naturally, Britain is the ‘home’ of many industries and manufacturing processes but if you’re looking for a process or product that has never developed a natural ‘home’ in the UK, then it’s always going to be more difficult to source it here.”

The ‘Made in Britain’ issue is a popular topic at the present time and personally, I feel the manufacturing industry in England, as part of our rich heritage, is worth reviving. Providing the government devises incentives to further kick-start the trade then it would be well placed to give off-shore manufacturing a run for its money. And in light of our exit from the EU it would be fantastic to be in a position to create something on home-shores that’s sustainable and worthwhile.

There are a lot of questions, pros and cons and feedback about manufacturing locally or offshore. We have written this article about local manufacturing vs offshore manufacturing if you’d like to read. 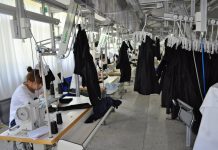 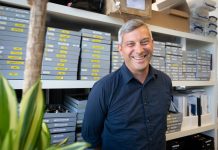 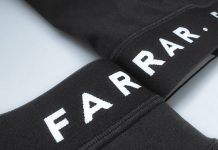