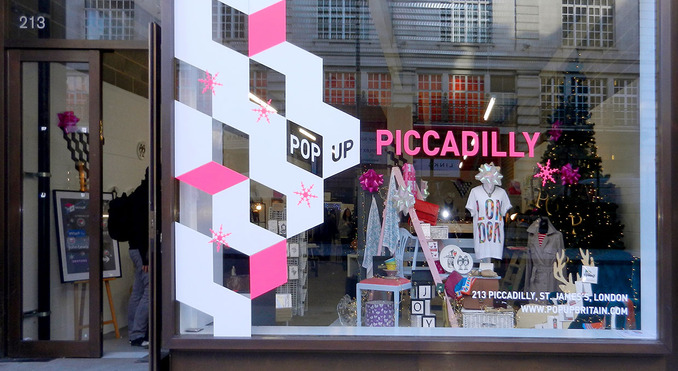 Pop-up shops are taking over the retail world but what exactly is a shop that pops up? Pop-up shops are temporary stores at a designated venue, the purpose of which is to attract the consumer with something exclusive and exciting. Layla Webster delves to find out more.

Pop-up shops are rapidly becoming the newest way to promote a new brand or to re-vamp one that is existing. The concept of ‘Pop-up’ shops or spaces is simple – they are temporary spaces that help promote or expose a brand, an artist or simply an idea. Such spaces are temporary – the idea involves a shop ‘popping’ up one day that could be gone tomorrow. These shops while they may be small and short-lived make a genuine difference. A pop-up is about creating exposure, maybe even a statement.

Pop-up shops have been around since the early 1990s. They first appeared in well-established cities around the globe – Tokyo, Paris, and New York were a few to catch on to this stimulating and unique trend. Although these Pop-ups appear to be an exclusive fashion statement they were created after the devastating blow the recession had on the retail market. With retailers and designers finding it harder and harder to fund spaces to launch their brands, pop-ups appeared to be a gateway to launch their collections with affordable renting prices, allowing them to let a space with no contract to tie them down. From art to fashion, pop-ups are exciting and creative because they build short-term stores that engage customers to feel a personal connection towards the brand.

In recent years, statistics show that 88% of people shop online and while it may not be the best way to receive quality customer service, Internet shopping is the perfect place to browse in the comfort of your own home. With computers, tablets and mobile phones being just a click away to exclusive online sales and discounts it is damaging the retail economy with more and more shops suffering each year.

By creating something quirky and original, pop-up shops allow shoppers to experience a new type of customer service. Pop-ups are a unique way to promote word and mouth with social media sites proving to be the best source of advertisement.

Not only are pop-up shops great advertisement for the brands and designers, landlords can also benefit. This can generate interest for the landlord’s property and advertise the versatile space for other brands to use in the future.

There are many benefits of pop-ups – testing products, locations, target markets and gaining face-to-face customer feedback are great ways to see if your brand would work in that specific area. Cath Kidston is an example of this, she set up a pop-up shop on a vacant site in Glasgow, full of her signature retro floral prints for six months. Even though her brand has rapidly become a household name in recent years, creating a pop-up shop allowed Kidston to see if her brand has a strong following in Glasgow before committing to something more permanent.

Pop-up company, Appear Here occurred after co-founder Ross Bailey and a friend opened the doors to an empty space in Marshall Street to sell their brand, Rock and Rule. A variety of limited edition t-shirt designs and apparel that displayed a controversial twist to the Queen’s Diamond Jubilee in the summer of 2012. While their rebellious brand made headlines, many people visited the shop for advice on how to rent a short-term space similar to theirs, because many people, like Bailey, had an idea but were struggling to bring it to life.

Bailey met a collection of people with a wealth of talent that was interested in hiring a short-term shop space to promote and launch their brands. Whether that be in fashion, art or something completely niche to the market. He saw an opportunity to create a company that helps to bring designers and landlords together. A place where you can find and hire an empty space the same way you could book a hotel room. ‘Appear Here’ is about connecting and giving people the chance to rent a space to showcase their ideas.

A recent pop-up by Appear Here on south of Molton Street was advertising the British fashion brand PAPER London, who is best known for creating sharp silhouettes with lavish textures. PAPER London created a pop-up during the busiest time of year in hopes of rising sales during the Christmas period. Showcasing one-off designs, the brand generated interest and brought customers to the shop by using Twitter to their advantage. They offered customers 15% off their purchases if they tweeted a selfie from the store and tagged @paperlondon in their tweet.

Not only do fashion designers benefit from pop-ups, Appear Here provided space for a selection of brands, including two designers, Piper Lee and Mark Watty. This barking mad duo came up with the concept of Ciao Chow, London’s first pop-up bakery for dogs. Although this idea may seem slightly bizarre to most, this incredibly unique popup attracted press from all over the world, and even featured on America’s number one news channel, CNN.

Another pop-up company Popup Britain, part of the national enterprise Start-up Britain – a campaign by entrepreneurs, for entrepreneurs. The aim of this organisation is to allow British brands a rare opportunity to showcase their products onto the high street. This is a chance for designers and retailers who perhaps do not have the financial means to open a shop of their own.

Popup Britain created a flagship store on Piccadilly to feature up and coming fashion brands. The initiative, which is aimed to support high street entrepreneurs to build a rapport with the general public, as well as promote and sell their products alongside other brands. Siskin London and Bundy & Webster were two of the ten brands in the Piccadilly store around Christmas. They both were extremely positive about the impact the pop-up gave their brand and agree that pop-ups are a great advertising feature to increase brand awareness.

They said: “The experience was extremely positive in terms of Social Media, publicity and a good opportunity to gauge a reaction to the products from the public for the first time. It was also a great opportunity to network with other participating brands and share contacts, advice and information about future Pop-Up shops.”

Alongside Siskin London were the young, exciting and extremely funky duo, Bundy and Webster. This creative team collaborate with up and coming designers to create T-shirt and sweatshirt collections that are fresh, new and intriguing to the eye.

They described their recent experience as something extremely beneficial: “Being a new brand this is hugely important for us. We’d absolutely recommend going down the pop-up shop route, as it’s great to be able to engage your customer – as an online brand this can often be tricky.”

Pop-up shops are great for small independent brands that are trying to get noticed. Creating a moment for the customer to capture is important, retail is changing and as a designer you need to be in the right place at the right time to showcase your brand the best way you can.

So whether you are a new upcoming brand or if you are a well-established brand looking to revamp or re-promote a collection, test a new idea, product or location, pop-up shops seem to be the perfect and most cost-effective way to do this. At least for now. 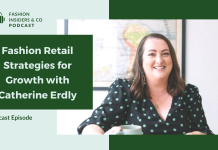 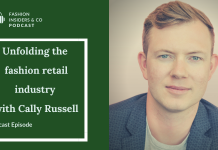 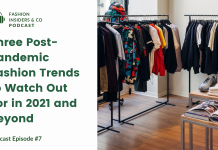 E7: Three Post-Pandemic Fashion Trends to Watch Out For in 2021 and Beyond